Father Carl is most familiar with St. Genevieve, having resided at St. Gen’s and served as a weekend Mass celebrant and confessor for most of his 26 years as a priest, under three different pastors.

Father Janicki, a priest of the Archdiocese of Philadelphia since 1994, succeeds Reverend Kevin Mulligan, pastor of St. Genevieve since 2017, who has been appointed as parochial vicar at Nativity of the Blessed Virgin Mary Parish in Media. Father Janicki returns to fulltime parish ministry after a distinguished 22 years in Catholic education, administration and teen/young adult ministry at the former Cardinal Dougherty High School and most recently at Cabrini University in Radnor. Fr. Carl has served as Director of Campus Ministry at Cabrini since July, 2010.  In these years, he has served and done mission work in 7 different states, and 4 different countries.

Prior to his assignment at Cabrini, Fr. Janicki served as President of the legendary Cardinal Dougherty High School from 2005 to the school’s closing in 2010. Previous to his administrative role as president, Fr. Carl was the Campus Minister from 1998-2005. Early in his priesthood, Janicki served as a parochial vicar at St. Bartholomew Parish in Philadelphia.

While on the faculty at Cardinal Dougherty, in 2003 he earned a Masters of Science degree in Training and Organizational Development from St. Joseph’s University. He was ordained from St. Charles Borromeo Seminary with Masters degrees in Divinity (MDiv) and Arts in Pastoral Theology, and also received his undergrad degree from St. Charles Borromeo Seminary.  He has completed further post graduate studies at Gwynedd Mercy University, Chestnut Hill College, Temple University, and Neumann University.

Fr. Carl’s stated four passions in life are, the Lord Jesus, his family, the process of education, and golf.

A native of Collegeville, Pa. and St. Eleanor’s Parish. Fr. Carl attended St. Pius X High School prior to entering the seminary and is the oldest of four children of Carl and Nancy Janicki. 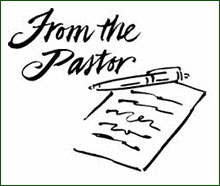